Transportation Initiatives to Look Out for This Election Season 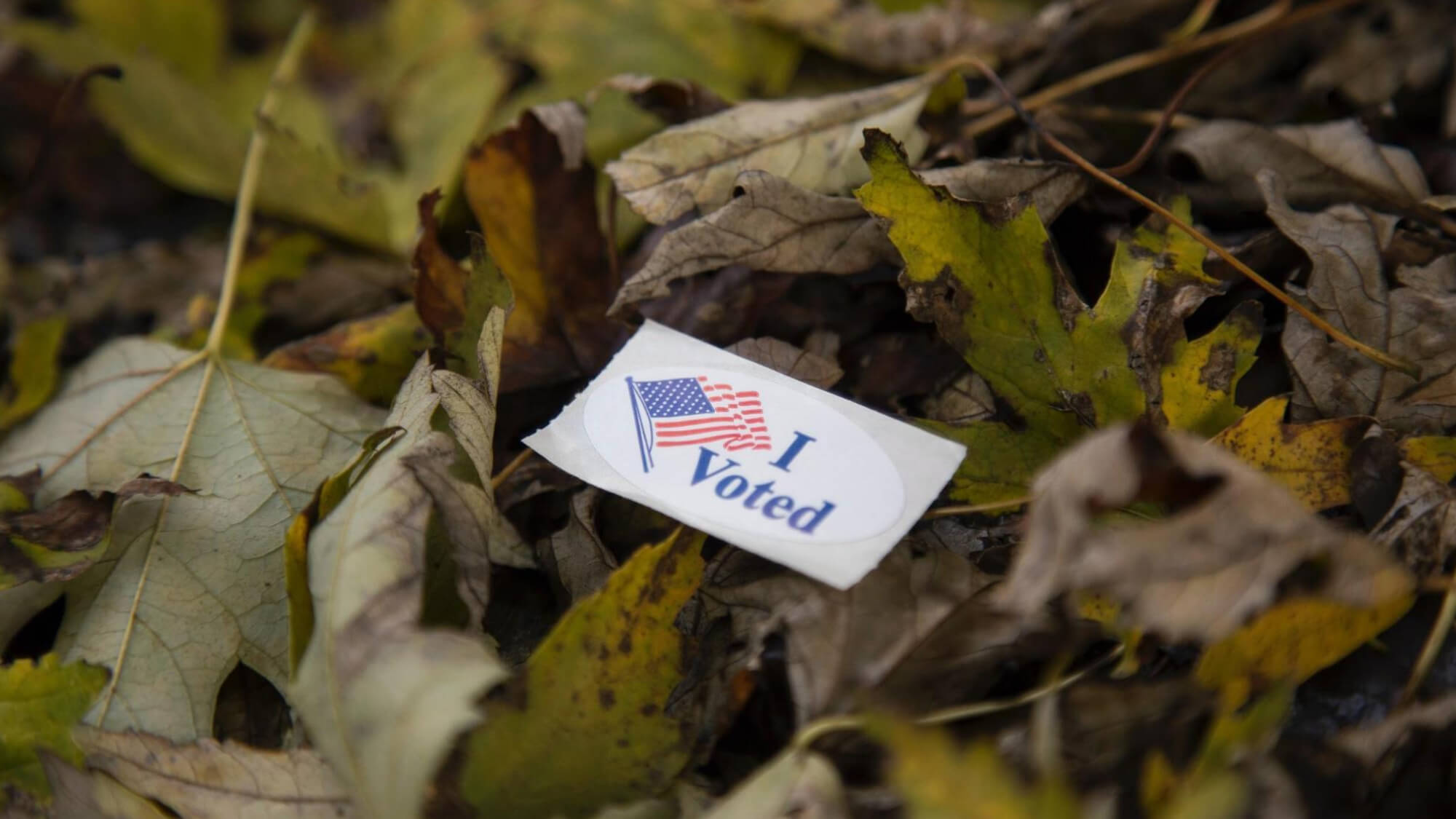 With Election Day in less than a week, the transportation industry is waiting anxiously for the results of new ballot initiatives that will help expand infrastructure and increase funding for new transportation projects.

These measures are more important this year than ever. Transit systems are feeling the crunch due to declined ridership, decreased revenues, and the increased cost of new COVID-related health and safety protocols. Adding to the urgency is the potential challenge of getting voters to the polls — or the post office, or the dropbox — during a pandemic.

Some states and municipalities have already met these challenges and triumphed this year, passing measures that will boost economic growth. Others have had to postpone or scrap planned funding initiatives due to the realities of the pandemic. For measures on the ballot this November 3, these recent successes and failures could provide some insight on how they will fare.

Labor issues are top-of-mind for many voters this election season, with growing unemployment and the struggles of essential workers being major concerns. Employers are also looking to measures that would help them reduce costs.

Prop 22 Could Have a Nationwide Impact

Since rideshare companies operate nationally, people will be paying close attention to the outcome of California’s Prop 22. Uber, Instacart, and other “gig-economy” companies have spent at least $184 million in support of Prop 22 as it would keep app-based drivers and food delivery workers as independent contractors.

The proposition is in response to a California law, passed last year, that requires gig companies to classify drivers as employees, qualifying them for  unemployment and health insurance. It is estimated that companies save 30% in labor costs by using independent contractors.

Opponents to Prop 22 claim that Prop 22 a giveaway to companies like Uber and Lyft. It would allow them to continue skirting safety protections for riders and drivers while not requiring them to provide benefits such as sick leave and workers’ compensation or contribute to social safety net programs like Social Security.‍

With an uncertain economic forecast due to an unsolved pandemic, many states, municipalities, and transit agencies are looking hopefully at some ballot initiatives to address funding. Here are a few.

Get Moving 2020 in Portland

This November, Portland will vote on the largest investment in its transportation system in the history of the city. If the measure, known as Get Moving 2020, passes, it will implement a $7 billion tax that will pay for 20 years of transportation improvements, including an expansion of the MAX light rail system, the creation of a regional bus network, and much-needed road improvements. It could also create nearly 38,000 jobs with an average annual salary of $98,000.

Regional Metro Council officials say this investment is critical due to the rapid growth of the Portland area. In 2018, 1,000 new people moved into the region each month. They expect a million more will pour in in the coming decades.

Supporters say the plan will rebuild aging roads and bridges, creating jobs to shore up the local economy. Opponents, on the other hand, say the measure will hurt already-struggling employment numbers, as it would tax most businesses up to 0.75% on their employee payrolls.

An on-again, off-again $190 million transportation bond issue, the GO bond, will once again land on the November ballot in Bend, Oregon.

The measure was proposed in February and slated for the May ballot, but as concerns about the pandemic grew, the council postponed the issue. The council is  trying again in November with a compromise that keeps initial proposed funding levels the same as in past iterations but won't levy taxes until 2022.

The plan would use property taxes to fund the expansion and capacity improvements of east-west connections for Bend, central Oregon’s largest city. It would also install new fixtures in intersections to improve traffic flow and create a network of cross-town bike and pedestrian routes.

Public transit remains critical during the pandemic, and with decreases in ridership, these measures are more important than ever.

Austin voters will vote on a massive transit plan in November. The initial investment in the Project Connect plan, funded by Proposition A, would provide  $7 billion for the creation of two light rail lines, a downtown tunnel, and new bus and train lines. Supporters say these new projects have been needed for decades, while opponents say the new realities of working from home have reduced the importance of increased public transportation.

Proposition A would charge a property tax of 8.75 cents per $100 of property value. The federal government would also provide 45% of the total cost for the project.

Despite a defeat for expanded public transit in Atlanta’s most populous suburb last year, voters in Gwinnett County, Georgia will vote on a revised Gwinnett Transit Plan in November. County officials have labored for decades to get a transit expansion measure on the ballot. While voter turnout was low last year, members of the county commission are hoping larger voter turnout during a presidential election will help support the transit expansion measure.

The transit plan would expand the Metropolitan Atlanta Rapid Transit Authority’s heavy rail system into Gwinnett County and add more rapid bus lines. It would be funded by a 1% sales tax levied over 30 years, raising $12.2 billion.

Proponents of the revised plan say that heavy traffic during commuting hours is a pressing concern. If passed, the plan is expected to lower commuting times in the entire region. Gwinnett County is just 28 miles from Atlanta.

Measures That Passed Earlier This Year

Current initiatives on the ballot can receive some encouragement from measures that voters approved earlier this year. Here are a few of the biggest.

A $105 million bond issue to improve highways and bridges was overwhelmingly approved by 78% of Maine voters in July. During COVID, there was a record number of absentee ballot voters, showing this was likely an issue they cared strongly about.

The bond beefs up infrastructure through road improvements and is sweetened by more than $275 million in matching funds from the federal government and other sources. The state wants to take advantage of a 50% drop in traffic during COVID to close lanes and ramp up construction work.

A Historic Transportation Tax in Cincinnati

Cincinnati voters squeaked out a yes vote for what officials called a historic plan for better transit in March.

Voters approved an 0.8-cent county sales tax increase to fuel $100 million a year for transit upgrades in Hamilton County, which includes Cincinnati. Transport was previously funded by a city earnings tax, which made it harder to attract business.

‍A transportation official said it’s “with a heavy heart” that a plan for a sales tax hike to expand city transit has been scrapped.

The Elevate SD 2020 transportation measure was tabled because the city needs to focus on providing essential transit services during an economic downturn. “The day will come” when the city can ask voters for additional revenue, said Nathan Fletcher, chair of the San Diego Metropolitan Transit System. “That day is not going to come in 2020.” Transit officials say area freeways are nearly built out, and suburban sprawl has reached its limit, making transportation a top priority when the economy rebounds.

‍A King County plan to increase Metro service on suburban routes by raising taxes was canceled as the economy dips into a recession in the area. Fares and sales tax revenue have been sharply reduced because of the pandemic, so the county will focus on keeping existing services running.

A massive $100 billion funding measure called Faster Bay Area was put on hold and won’t appear on the November ballot. Area resources are laser-focused on the COVID response, so the measure will be bumped to a future election season.

The plan would transform Bay Area transit, which is run by 26 different transit agencies. The proposal includes new rail, light rail, bus, and ferry systems that will seamlessly link the different systems.

A transportation sales tax in Sacramento County has been put on hold. Polls show that while most voters support efforts to reduce congestion, improve roads, and expand public transit, a two-thirds majority might be hard to achieve in the economic climate.

In cities that are forging ahead with ballot measures, voter participation can mean the difference between success and failure. Low voter turnout can skew the results and misrepresent the will of most voters.

Win or lose, voter participation is a cornerstone of our democracy. Convenient access to polling places along with absentee ballot access helps elections run fairly and smoothly. The transportation infrastructure being voted on this year is what enables voters to more easily get to the polls, giving it a critical role in the democratic process.